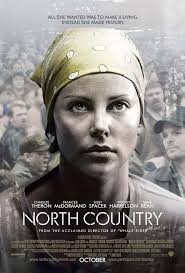 My wife and I wanted to watch a light film at home this past Saturday night and then go to bed early. We made the mistake of putting in the movie North Country, which came out in 2005. It was inspired by a landmark sexual harassment case that took place in a Minnesota coal mine. As I was watching the film, I was shocked by how mercilessly the protagonist Josey Aimes was treated by her co-workers, her family, and even the other women in the mine who were victims of the same sexual harassment. I said to my wife, “This seems a little bit over the top,” and she said, “Oh no, this is what women really deal with.” As I saw Josey standing up for her dignity with the whole world against her, I thought a real test of my Christian morality would be if I had the guts to stand up for her if I were working in that mine.

12 thoughts on “A litmus test of Christian morality: the film North Country”